This stone features a high relief cross with a diamond shaped head with a dot pattern reminiscent of metal work. Carved in the centre is a woman’s head, and two further heads are carved on the sloping sides of the slab.  The little faces with rather blank expressions are facing forward, with close-set almond-shaped eyes.

The heads on the top and left side of the stone are each wearing a barbette – a band of linen that passes under the chin with the ends fastened over the crown of the head. A tall band of stiffened linen around the temples forms a closed, round hat known as a toque. Vertical lines incised on the toque may indicate pleating or goffering of the linen. This style that became popular about the middle of the 13th century and can be seen in manuscripts and on effigies both in Britain and in Europe.

The third head, on the right side of the stone, wears what looks like a floral circlet or coronet over a short veil or cap.

The sloping sides of the stone each feature a sword, one pointing downwards and the other pointing upwards. On the right side, the hilt of the sword is visible with its five-lobed pommel, and the blade features a cross-shaped design.

There is a small cross lightly incised on the top of the stone that may not have been part of the original design – it almost appears to be graffiti.

This stone is incomplete –only around half of its probable total length survives. 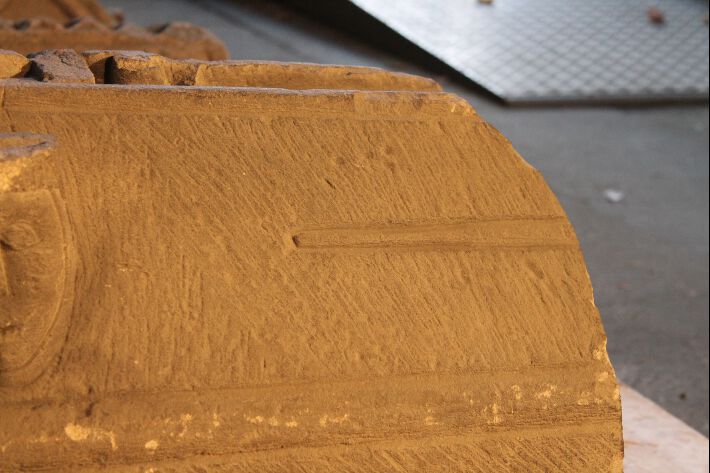 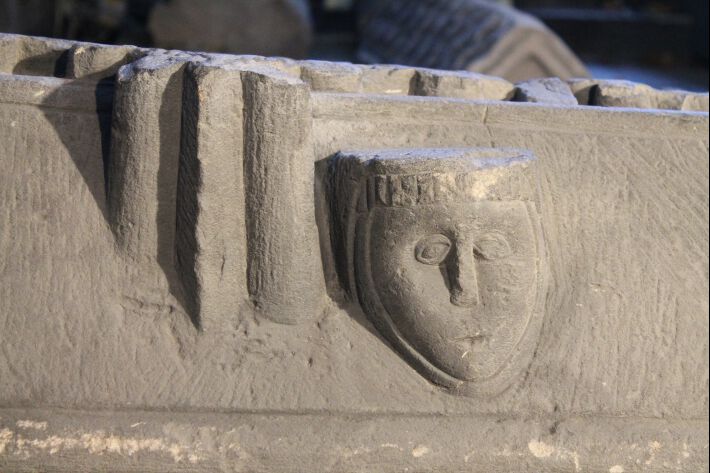 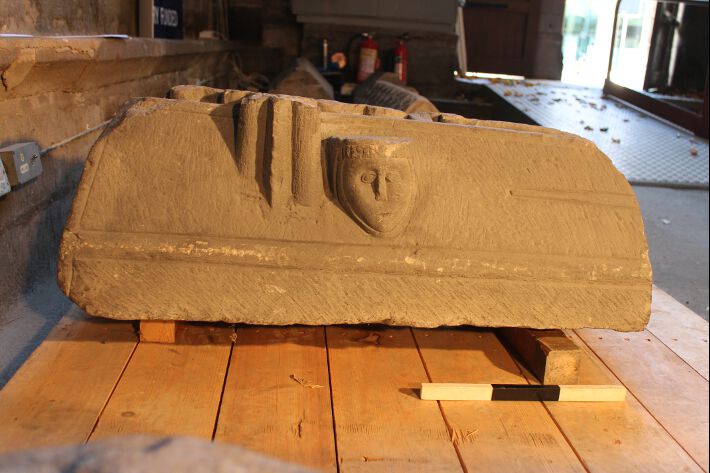 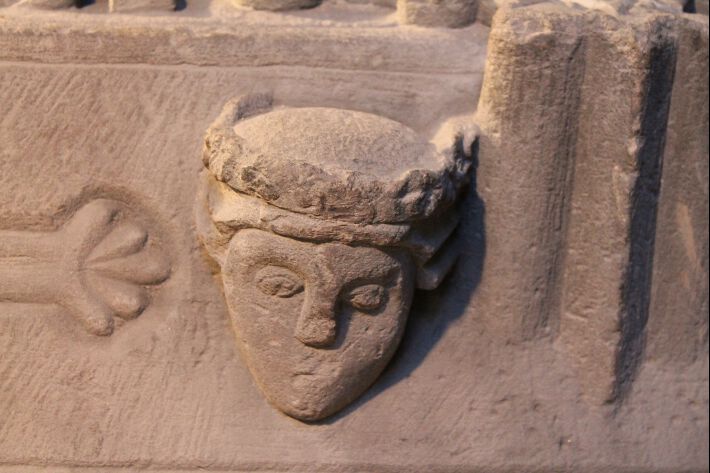 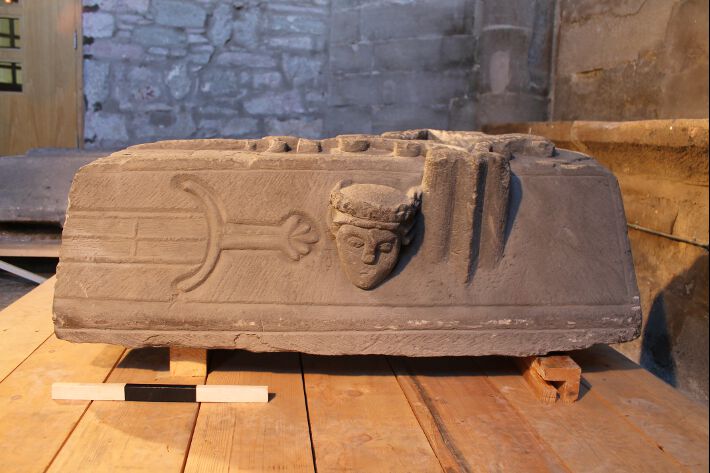 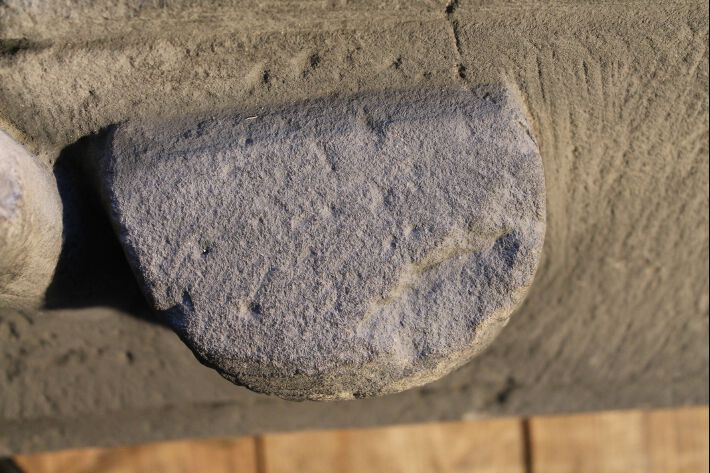 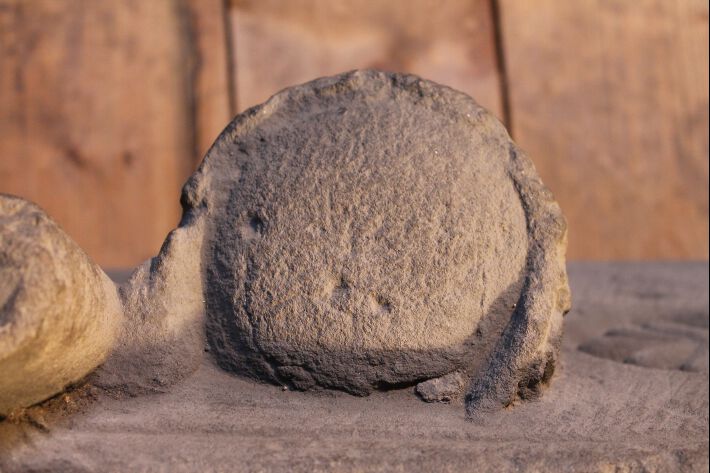 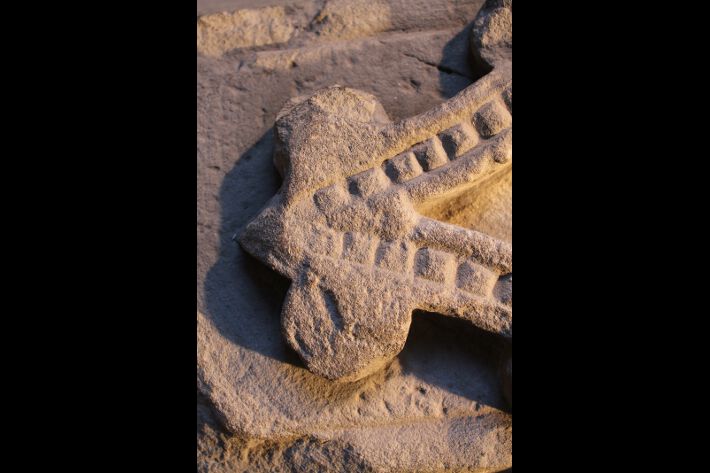 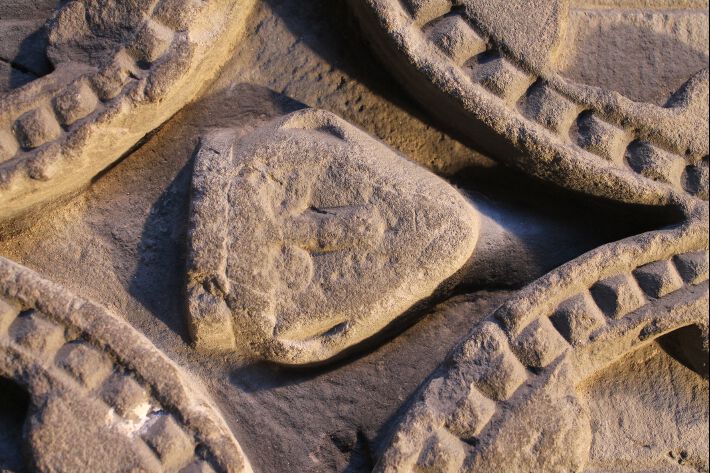 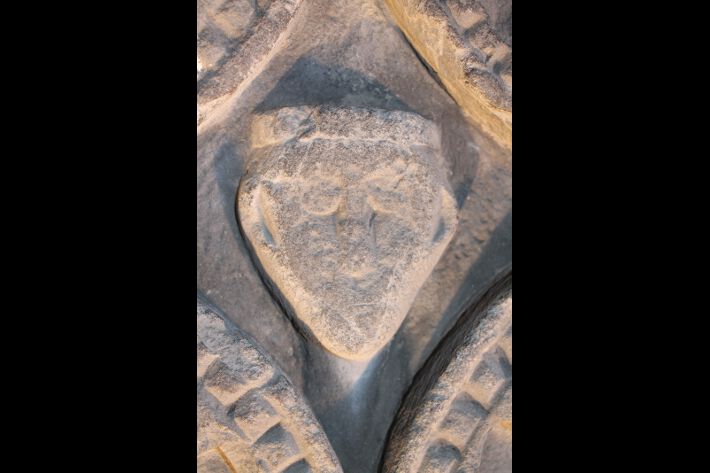 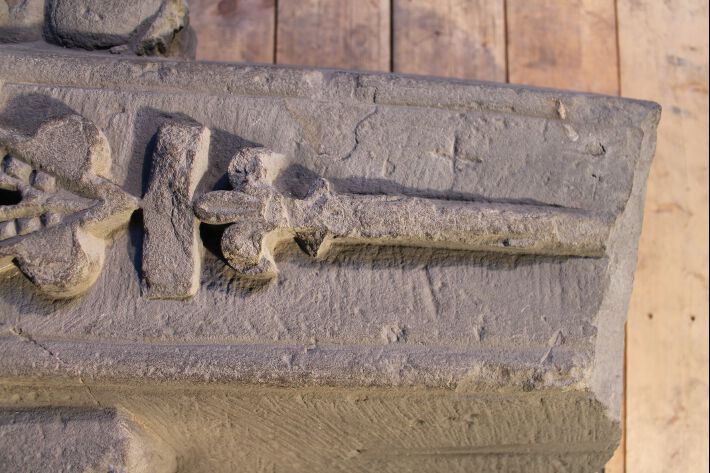 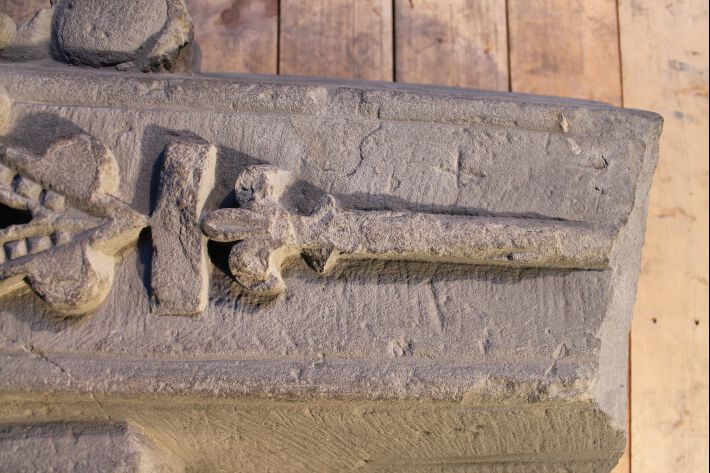 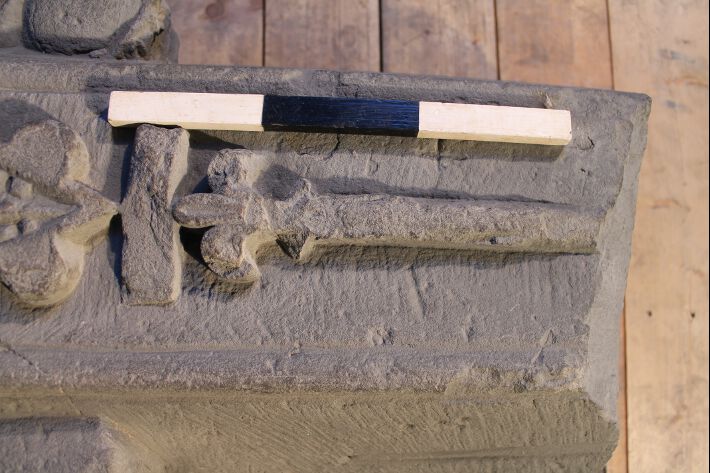 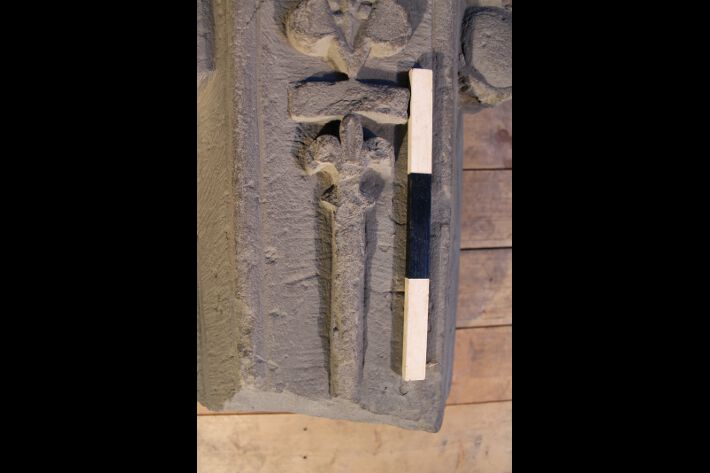 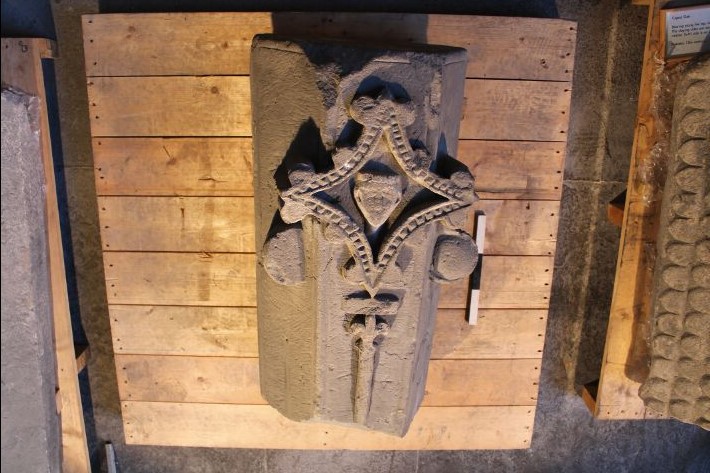 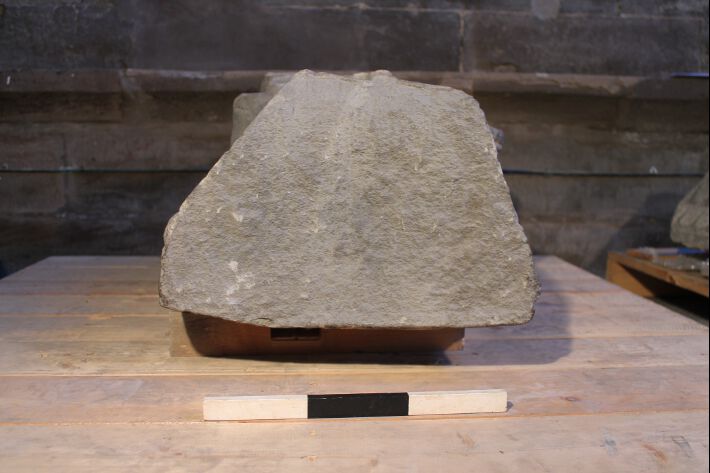